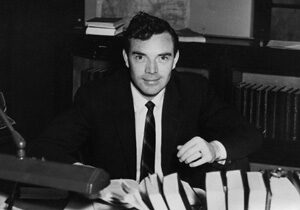 James Scott Wood established the Wood Law Firm. Mr. Wood was a first generation American, with his parents immigrating to Michigan from Scotland. Mr. Wood served in the Army Airforce during World War II. After his service, he took advantage of the GI Bill, and obtained his college degree. Mr. Wood worked in Detroit, while he attended law school. A graduate of Detroit College of Law in 1951, he returned to his hometown to practice law. After working as a United States Attorney and Bay County Assistant Prosecuting Attorney, Mr. Wood entered into private practice. James’ practice included divorce, medical malpractice, automobile negligence, criminal, and estate planning. His practice was a true general practice serving families. His dedication to the practice of law lasted 52 years, until his death in 2003. Today, Jessie and Daniel continue that dedication and service to the next generation of families.

Send Us A Message

There are not enough words to express the amount of professional care Dan placed in our case. He not only listened to my husband and I, but would build on our concerns to establish an amazing defense to protect the children in our care. His knowledge of our very complex case and the law was…